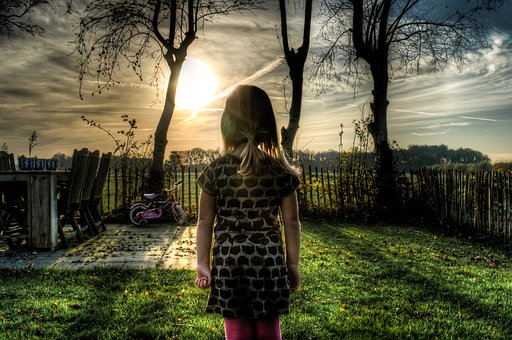 The little girl kept looking at the flower. It seemed so pretty to her. The small yellow button rose. It was like a small button just like its name. There was no scent but the pretty flower was as she thought, meant for people who admired beauty.

You might wonder if small girls could think like that. She did think and so did her friends too. All of them were now used to such rare sights. The world had become a war zone and all the places had become a grey zone. There were no beautiful parks or playing area and people had become quiet and hushed and everyone walked about in fear. Festivals were no longer celebrated because people were intolerant. Groups of people who formed factions would end up in gang war for some silly reason or other.

In the midst of all this, children like her grew up hoping that joy and happiness would return. She was too mature for her years. Instead of playing there, she was standing and looking at the flower.

The above is a piece of the imagination but what if we end up creating a situation like this for our grandchildren? It is time, leaders and the citizens of the world thought hard and decide to do away with differences and unite in the name of humanity.